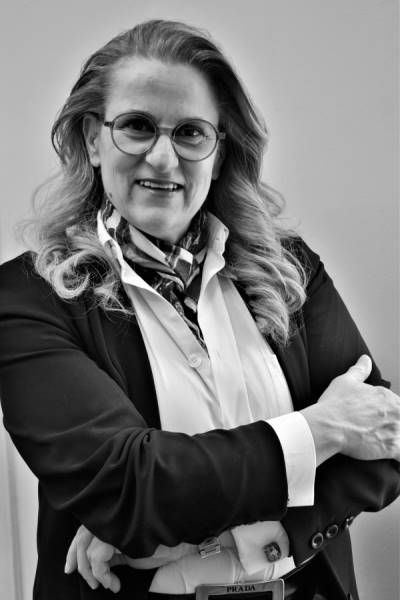 Helena’s main field of activity is Greek and International Commercial Law (Competition Law, International Distribution & Agency Agreements, Industrial Property – Intellectual Property & International Protection, Corporate Law, Mergers and Due Diligences), Public Contracts Law, Telecommunications Law (Broadband & Cable TV Services and Networks) and Pharmaceutical Products. Among other things, in the past and as part of a three-member team, Helena has worked on proposals that were submitted to the Greek Ministry of Trade regarding the amendments to laws on “Unfair Competition” and “Monopoly and Oligopoly Control and Protection of Free Competition”. She participated in a team of legal advisors that represented major Greek and Multinational Pharmaceutical Companies as well as the Hellenic Association of Pharmaceutical Companies (SFEE) in cases regarding the fairer pricing of proprietary medicinal products in the Greek market and the application of annulment of the first list of proprietary medicinal products brought before the “Council of State”. She also took part in the team of legal advisors to OTE Group (Greek Telecommunications Organization) when it was first listed both on the Athens Stock Exchange and the New York Stock Exchange, when it founded the COSMOTE mobile telecommunications company, the organization’s Pay TV & Broadband Services Project, and OTESAT-MARITEL, an OTE subsidiary company providing satellite communications in the Greek maritime market. Helena also provides legal services to large-scale national and international construction companies that deal with projects such as highway, tunnel and bridge construction.

Helena is fluent in English (C2 level), has basic knowledge of French (A1) and a good knowledge of Italian (B2).

She has served as General Secretary of the “International Medicine – Health Crisis Management Alumni Association”, the first alumni society of the National and Kapodestrian University of Athens School of Medicine post-graduate program. She volunteers as a member of “RSF Hellas – Communications and Rescue Volunteer Team”, which is a regular member and the liaison office of “Rescue International Assistance League” for Greece. She is a provider of First Aid and a First Aid Trainer, certified by a number of prestigious Greek and international bodies. In this capacity she also participates in covering the health management needs of major national and international sports and other large-scale events. Finally, she trains management executives and employees of large private and public corporations in a wide range of topics that have to do with First Aid.

She is a member of various organizations, including the Association of Greek Commercialists, the University of Kent at Canterbury Society, the British Graduates Society, the European Resuscitation Council, the European Society of Cardiology, and the Metropolitan Museum of Art, New York.

National and Kapodestrian University of Athens, School of Law, LL.B.

National and Kapodestrian University of Athens, School of law, LL.M.

In handling every new case, cost, time and efficiency are key.